This summer I took part in the National Citizen Service Program (NCS) run by the Essex Boys and Girls Club, which runs for 4 weeks during year 11 summer holidays. Initially going into the program I did not want to take part as I thought it was going to be a complete waste of 4 weeks filled with boring activities, out of what was supposed to be a well-deserved summer vacation.

When I arrived for my first week I was incredibly nervous but the fact that I had 7 other friends from school coming with me on the trip made the journey to Solihull easier. The campsite consisted of around 10 small marquees in which each group of around 8 had to sleep in for 4 nights. We were sent straight into activities such as kayaking, laser tag, rock climbing, 7 mile hikes and Bushcraft. Throughout the week we learnt more about our team members which made it easier when we were doing inter-team challenges and also just being able to get along together better. Each group was also responsible at least 3 times in the week to do the washing up after each meal of the other 80 people on site. This task forced a sense of responsibility into everyone and for those who were used to being cuddled at home, one of independence.

During the second week we went to Hadleigh Park in Benfleet and the activities for that week were more focused on topics to do with education and work as well as just entering adult life. We had someone from Parliament to talk to us about getting involved in politics as a young person and someone else who spoke to us about university and budgeting money. Each evening there were activities between each group such as quizzes and Pictionary. At the end of the week there was a talent contest held and each group had to present something that represented or told the story of the NCS experience. We went home at the end of the second week dirty as a result of the inadequate bathroom facilities but extremely happy to have made new friends and had such a great time on the residential aspect of the program.

Phase 3 was where we had a social action project to complete in a set amount of time. What that meant is that we had to try and do as much for the local community in the amount of time we had (60 hours) such as volunteering at a residential home for the elderly, litter picking and running free art clubs for children.

To conclude, I am extremely happy that I took part in the NCS program as I made a whole new set of friends and gained new knowledge about not only survival in the forest but survival in A-levels and university. I’d recommend the program as it is not only a fun way to spend your summer but a valuable place to learn new skill sets or find out if you’re good at something you didn’t already know you were good at.

FREE course for parents of teens

3 things I gained from smart kid network: Confidence - the constant encouragement and reassurance of my value from the smart kid gave me a major boost of confidence. It helped me realise how much of an asset I can be to a company which in turn gave me the confidence in interview situations. ...Interview technique... The smart kid taught me how to sell myself positively and assertively which also highlighted the difference between confidence and arrogance... Broader thinking... I have been prompted to think about things I would not have given enough thought without the help of the smart kid network... I would definitely recommend the smart kid because it helps people build essential attributes for success that the education system is currently failing to provide.

CLOSE
This popup will be closed in: 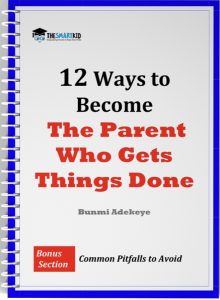 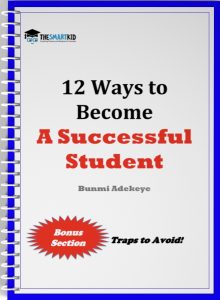 You will become one of our VIPs; receive our exclusive VIP-only materials and be first in line for our weekly informative updates.